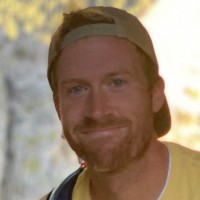 Brandon Elwood is Partner and Co-founder of Pidj.co, a provider of business text messaging, marketing and customer engagement services.Prior to Pidj, he founded AppJester, a company specializing in custom iOS and Android app development. Before his foray into the world of software, he worked at United Way of Salt Lake as a Community School Director as well in Title I Schools and other non-profit organizations. He earned bachelor’s degrees in Communication Studies and French from Utah State University and a master’s degree in Education from Weber State University. In his spare time, Brandon enjoys running and hiking, playing tabletop games, RV adventuring, kicking back with his guitar, and conversing in French or Spanish when he has the chance. He resides with his wife and three children in Logan, Utah.