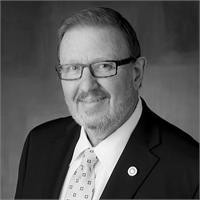 Russ was tapped by then Knoxville Mayor Bill Haslam to design, build, and implement 311 services for the city of Knoxville in October 2004. Before that, he was a leading executive in the Ambulance industry, following a 14-year career as a Para-Medic in Los Angeles beginning when he was only 19. Russ spent 5 years with Rural/Metro Corp., the largest emergency services provider in the Southeastern United States. As General Manager for East Tennessee, Russ had operational and fiscal oversight for all Fire and EMS operations. He was responsible for an annual budget above $30 million and 1,500 employees. Before moving to Tennessee, Russ was part of a team that built the largest ambulance call center in the western United States in Los Angeles, California.

Russ’s experience ranges from training management teams to improve productivity and employee relations, negotiating large labor contracts, designing emergency service systems, and implementing risk management and employee retention programs. He has consulted government agencies and companies throughout the US and Canada, has written and produced media campaigns for radio and television, has lobbied for and passed legislation to Protect Domestic Violence Victims, and was the host of “Knoxville Now!” on 96.3 FM. Also, Russ has worked with the Governor’s office, and the Commissioner of Homeland Security on a specific public safety plan focusing on the prevention of violence in the home and was part of Governor Haslam’s Customer Focused Government Group that was charged with reviewing state departments from the ground up to improve service.

After negotiating an agreement with the Knoxville/Knox County Office on Aging and the United Ways of East Tennessee to take 211 Information and Referral (I&R) into the 311 Call Center, Russ led a rebranding effort to reflect the more updated role of 311 in city services, including the creation of Knoxville’s Ambassador Program to engage employees to drive improvement in the customer experience. The new Knoxville Center for Service Innovation (CSI) had its grand opening in January of 2017 and has already received national recognition from several organizations