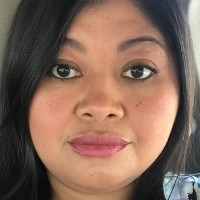 Sandra Carpio is the 211 Director of Operations at United Way of Salt Lake, Utah. She held several roles within 211 in her nine years at UWSL. She started as a seasonal 211 I&R specialist, then was offered a permanent opportunity which she happily took. She was a Navigator and stood up the 211 Navigator program which assisted Utahns with enrollment for healthcare coverage through the health insurance Marketplace, Medicaid, and CHIP. She then was the 211 Projects Manager and led several projects and programs for 211. She later became the 211 Operations Manager and now the 211 Operations Director.  Sandra is a graduate of the University of Utah with a B.S. in Sociology and certificate in Criminology. She has a passion to serve her community and be part of the much needed change in our current inequitable systems.